As a first-time home buyer, I had purchased my house and also done the mortgage loan with Ravi Aluru from All Realty And Loans back in October.

Based upon my experience regarding my house loan I would never ever recommend or go through this person again for any of his services.

For anyone interested, you can read the full story below.

Ravi offers both real estate and loan services. Ravi tried to convince us all way possible why it would be advantageous to do both real-estate and loan through him with the usual pitch of personalized attention compared to online sites etc etc.

He then promised to cover all the non-recurring closing cost (NRCC) for the purchase *and* for the home loan, he promised that he would not take *any* commission/rebate from the bank which he said will ensure that we get the best rate possible for our loan.

So even though it was costing us a bit more to go through him (as compared to online sites), in the end we decided to go thru him

Being a first-time home buyer, we had very little idea as to what/where to look for any discrepancies (except for the few important numbers like purchase price etc), and were totally lost in the pile of documents.

Ravi assured us that all the documents are accurate and as per what we’d agreed upon, and we should sign them without any hesitation, and so we did at the Title Co.

Few days later when all the home purchase and loan were all done and signed, I noticed in the HUD that indeed a commission was paid by the Lender to Ravi in the form of YSP (Yield Spread Premium).

This meant that on the day our rate was locked, there was a better rate available had that commission wasn’t charged by Ravi as per what he had initially promised.

Considering the amount of loan, even that small point difference, made a HUGE difference to our overall mortgage amount.

After bringing the fact to his attention, he blatantly denied (*twice*) receiving any commission, and instead told me in his words – “the Lender mistakenly added the commission to the document, even though he didn’t receive a single penny for my loan”.

Not satisfied with his response, I took upon the task of digging the truth, and followed twice w/ my Title (escrow) company about the mistake.

To my surprise, the Title informed me in very clear terms that the papers are all accurate, and the commission was indeed paid to Mr. Ravi Aluru by the lender, and Mr Aluru should be fully aware of it.

Now I absolutely don’t mind my loan agent making a commission for my loan.

After all everyone has to make a living. And as long as it is openly disclosed and agreed upon between the 2 parties, its a win-win situation.

This however, wasn’t the case, any there was clear breach of agreement and trust.

I then brought these facts to Mr Ravi Aluru, and told him how he blatantly lied to me on my face.

Unfortunately, since the papers were all signed, there was little we could have done at that point, and was stuck w/ the higher interest rate for my loan done by Ravi, costing me 1000’s of dollars extra over the period of my loan.

To this date, Ravi refuses to offer my any compensation (or even getting back to me) for the breach of his agreement.

If you ever decide to go through him, I would really get all the agreements very clear up-front, preferably in writing and cross check before signing any papers.

I guess for any real-estate transaction, and esp for first-time home buyers, I would value honesty and integrity very high. Unfortunately, Mr. Ravi Aluru lacks both.

Yes, to be fair I must acknowledge that even when Ravi had to rush to India to take care of his family emergency, he kept in touch with me over phone from India, and ensured the transactions went through all fine in his absence.

However, I fail to understand how can this justify him in hiding information away from me, when he should have had complete knowledge about it when he locked the rates long before he left for India.

I later came to know that an agent wouldn’t even lock the rates without knowing those numbers beforehand.

In fact, it was only after he returned from India, I asked about the commission to which he denied *twice*, even apparently claiming to got it cross-checked with the Title Co himself.

In the end, the explanation given to me was that the papers were erroneously drawn by them which cannot be corrected without some fee.

This I consider almost a deceit which was exposed right away after I got in touch the Title Co. myself.

It was only after this he finally acknowledged about receiving the commission for my loan.

Anyways, this was my experience, and we too were awfully shocked as we had put so much trust into him.

I just hope the readers gets better educated about various aspects of their loan very clear up-front, and make a well informed decision while choosing their 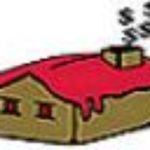