I’ve gone back and forth about writing this review, but after the conversation I had with the billing department at All For Kids Pediatric Clinic about their doctor’s negligence, I’m done.

Started off great with our two year old seeing dr. Byram. (Love him but he’s always booked). Then we had a few visits with other doctors.

The last two visits came with challenges such as antibiotics not being called in with Dr. Skelley(that same evening we had to pay to go to children’s after hours after paying for the appointment where his meds didn’t get called in.)

Dr. Westbrook might as well have been backing out of the room after two minutes.

Said he was fine and his throat looked fine. Made me feel like a crazy parent for knowing what normal is for my child.

I’m not a doctor and even I could see the damn white patches on the back of his throat.

Ended up in the emergency room that night with 105.6 degree fever and an amazing mix of hand foot and mouth AND strep.

The doctors at children’s were gobsmacked. O but no worries, they will knock your door down to get what you owe them.

Contest it all you want. We’ve always paid our bills. We’ve shelled out multiples of hundreds to this place in less than a year.

It’s all about the money, not the child. The doctors are overbooked, and it affects the care that is given.

This place is incompetent at best. For your child’s sake, don’t come here.

When doctors stop listening to the caretakers that see their children most, it’s time to stop.

The child’s best interest is no longer being put first.

Write a review or complaint on All For Kids Pediatric Clinic

8 Reviews on All For Kids Pediatric Clinic 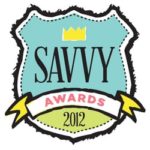