I received an unsolicited prospect letter from real estate agent Alina Muradyan early March 2017 and I responded as my condo is for sale off market.

The agent was supposed to meet me for a lunch meeting April 7th at 1 pm (after weeks of her rescheduling etc) at my residence.

Instead she did not show up and claimed to have had a family emergency as an excuse for not showing up at all.

I waited for her until 2 pm. However the local agent and resident Daniel Mailyan saw her on property during the period she was supposed to meet with me.

When I complained about her unprofessional misconduct she issued me a statement of decline of representation instead of taking responsibility for her unethical misconduct and threatened me with harassment if I contacted her further.

She refused to compensate me for my loss of time and her nefarious behavior. 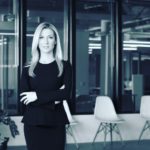