Adam Howard of Plano, Texas and Forth Worth/Dallas Dallas runs a network of scammers who operate on reverb.com, ebay, sevenstring.org, fractal audio systems forum, and many other ultra high end guitar sites.

Using hacked paypal accounts that Howard purchases from the Dark Web, along with using false identities that Howard steals from the US Dept of State, as he is a translator and worker for the US government, he assumes the email/identity of a potential buyer and solicits a purchase.

After gaining the seller’s confidence as a legitimate buyer, he sends the money via paypal in order to begin the shipment process. Once the guitar, usually ranging from a minimum of $2000-4000, is shipped the tracking is generated and uploaded to the site. The seller has done his job and thinks the legitimate sale is complete.

This is where Howard attacks: he contacts his financial institution on day 3 to alert them the guitar is not as described, it is damaged, and the seller is a fraud with a sham listing. The institution then freezes the payment. Now Howard uploads false documentation and false/doctored images to solidify and cement his proof with Paypal, who he has a friend on the inside who works there.

The friend escalates the scam to a higher elevated status to expedite the decision, and within a week, Adam Howard has stolen the guitar and the funds have been frozen, recovered, and returned back to Adam Howard. At which point, paypal also informs him and the seller that he is not obligated to return the item due to the fraudulent nature of the scam.

He works from Texas, Wisconsin, and Florida, but has network affiliations in Philippines and France. If you are buying or selling a guitar and a potential buyer is from these areas, think twice before shipping.

This is commonly known as Paypal reversal, but because of his network, people inside paypal, and his numerous state department assets he abuses, it is almost impossible to know if it is indeed adam howard. He does tend to like ERG/extended range guitars, 7 and 8 string guitars, Strandberg, Ibanez, Axe fx 3, and other high end multiscale guitars that cost well over $2000-5000 dollars. He is very friendly and pretends to like what you like, so Beware and use your discretion.

The scary part is Adam Howard is going to be a licensed doctor in Texas!!! Beware of Adam Howard, he is a dirty, Muslim, terrorist.

Write a review or complaint on Adam Howard Cancel reply 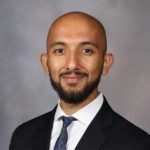