I bought a Groupon coupon for Absolute Dental Hygiene Associates which included teeth whitening with other services. I scheduled the appointment with the clinic and reached on time. The lady who assisted me was rude and she was not cooperating with me. I asked her few questions and she just ignored it as if I did not exist.

The experience did not end here. When I checked on the phone with them, they said that the services would be provided as per the groupon package. However, when I reached there and enquired about the services, I was not given proper answer.

The lady said that I should wait for my turn and she kept me waiting for more than an hour. Later, when I was given the services, whitening was not provided. This was the main reason I opted for this package from groupon. But, they plainly said that they cannot do anything for it. They completely denied from providing the services and even talked harshly.

The doctor and the lady whom I met at first, both asked me to stop worrying. They said that the time was over, and they cannot provide me whitening. What a heck? When I said that I can come tomorrow, they refused to help.

So, I came back. I called groupon customer care and told them about my experience. I was completely unhappy after what I got there. All the services that they provided was just few checkups and the main concern for which I had bought that coupon, wasn’t included when I went there. So, the groupon’s team reimbursed my money.

It was still fine. However, after a week, I received an invoice from Absolute Dental Hygiene Associates with double the charge that I paid to groupon. I did not bother as my commitment was with a third party platform and it did not engaged this company.

But, they forwarded that matter to the collection team. They are calling me every now and then and harassing me to pay the amount that I did not own to these scammers. It is not only disappointing, but frustrating. These guys call me at odd hours and sometimes even at late nights.

I tried to talk to the clinic, but they have stopped replying to my emails. These guys are not trustworthy at all. I even came across similar reports on the internet about misleading clients by using false information on third party sites. I was not the only one who was cheated.

They are doing it to everyone. This makes them guilty for fraud. I am going to escalate this issue to highet authorities and would make sure that they are convicted for the scam they are operating. I sensed something wrong only after I entered the clinic.

No one was friendly and ready to provide solution. I will definitely check for reviews before paying for services in future. This was a lesson for lifetime for me. 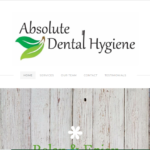