Summery: I paid in full, in advance for an “in person, hands on training” to be held in Mexico. I paid $4000.00 in full via bank transfer for the course, housing and food, all to be provided. I got to Mexico only to find out the entire thing was a scam, i received no housing and the “course” was not provided. I was approached to sell drugs by Gerald Clark, when i refused, he became very aggressive. Over the next week, i attempted to get the promised training as i was now in Mexico and my return flight was not for 7 weeks. I was partnered up with a young Mexican student who gave me a massage and I was expected to give him a massage in return. When I asked Gerald Clark for the training I paid for, he came at me with a set of Chinese Nunchucks as yelled, “Get the fuck away from here or you will never leave Mexico”. I left! 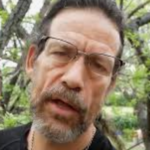