We were told we would need to sign a contract to lock in a price – we stated we wanted to wait, and then the price went up.

Most concerning, the price went up, but the included features went away.

We demanded items be included (and won on that front) due to the ridiculous increase in price (it was blamed on “material” price increase… what a joke).

The process started (and finished) roughly, with a number of issues and items that were incorrect.

I don’t have enough space to set forth each and every issue… they are that numerous.

Once we were provided with a new contact, the items did get corrected (thanks, Amy), but it took way too much baby sitting with the original people.

There is no work ethic in the homes, only quick crews paid the least amount of money possible to “get it done.”

We checked out the home at one point only to see four letter words written on drywall where mirrors were to be placed… high class crews there.

Goes to show the types of crews this builder uses… cheaper the better.

I can not and would not recommend this builder, as they look to cut corners and nickel and dime people along the way.

Home did not appraise, and a number of issues are being found after closing, including a brand new microwave that does not work, mortar that breaks apart when touched, water that takes 5 minutes to get hot, and so on.

Those are items just noticed 2 days into the home.

We will see how the warranty goes, as well as the other issues that will show up.

I can understand why the landowners around the neighborhood are angry with the builder, and will personally recommend they continue to hold out from working with him.

Neighborhood is great… unfortunately the builder you must use is not.

Write a review or complaint on 4Corners Homes Cancel reply 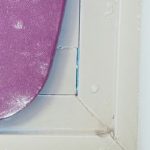